During his work, every wedding photographer is concerned mainly with two issues – the capture of the right moment and the qualitative light. Since the wedding is a dynamic event, lightning is often required due to insufficient natural light or simply for the realization of more interesting artistic techniques. To help photographers from all over the world, the team of Swedish company Profoto announced at the end of 2017 its compact flash Profoto A1, proving the rule that little details are of great importance.

Before I introduce you to the basic features of the flash and my personal impressions of working with it, I must say that as a person who deals with visual arts, such as photography and graphic design, I always enjoy great pleasure in seeing a well-made packaging, since it is the face of each product. Here, the makers of the A1 have worked hard because it comes in a luxurious black box with soft touch cover and a maximum clean and stylish design.

What`s in the box? 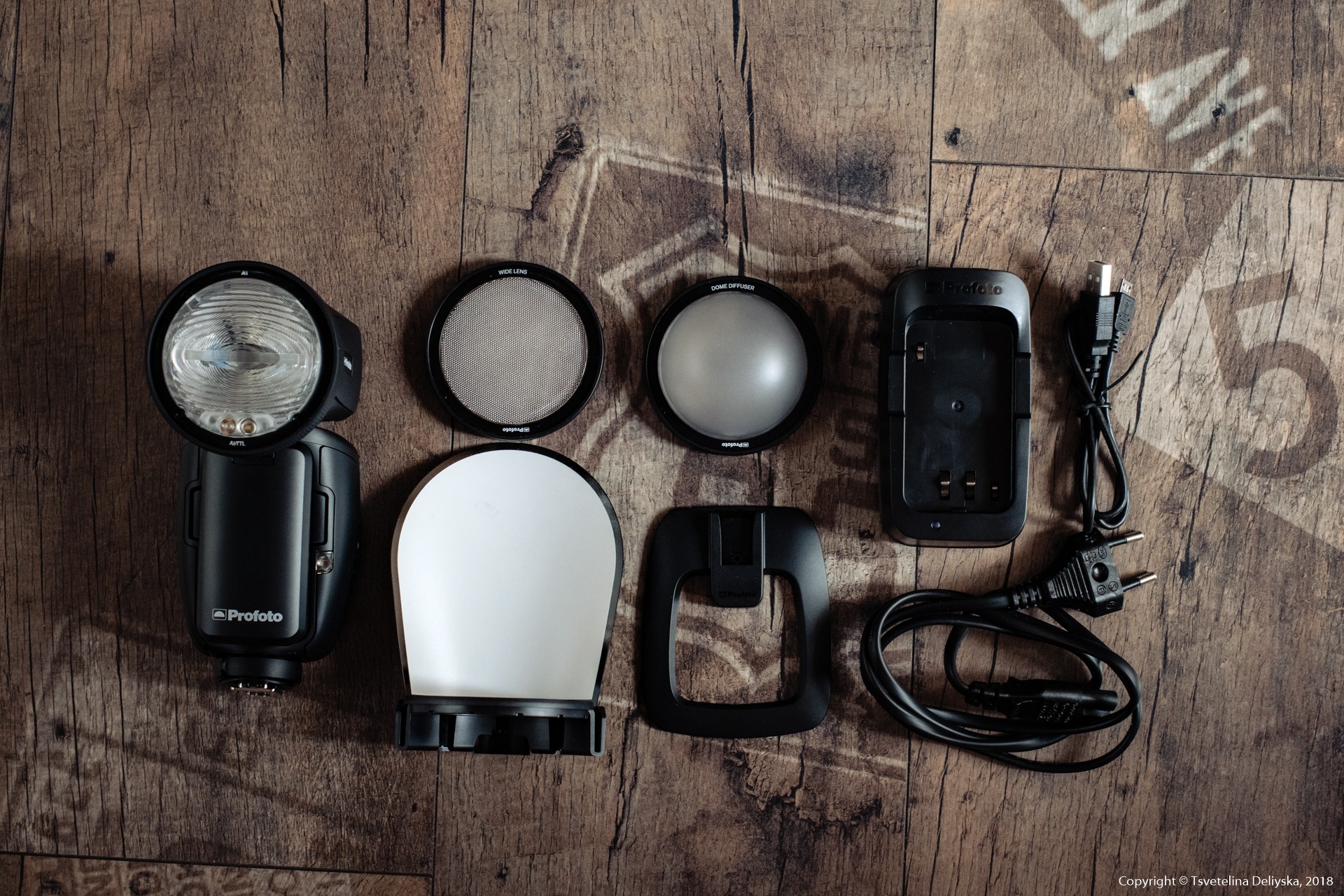 All accessories are attached to the head via a magnetic system that allows quick replacement and combination of several accessories at the same time.

After I glanced at the contents of the box, I decided to register the product in the Profoto system, which gives me a notification of new firmware updates. Registration on the Profoto site is just as easy as working with the A1 menu. The only thing that irritates me is the hard opening of the USB port cover, which I had to use a needle.

Though the product, even soon is on the Bulgarian market, is far from being new on the world level, there are many reviews and articles on the internet with a detailed description of the functions of the flash, so I will not delve into boring descriptions but will share what I think is interesting and useful.

What distinguishes Profoto A1 from the other compact flashes on the market?

At first glance this is its round head, which allows a softer light and a smooth transition along the edges of the light stream. This is the main reason why the light that this flash generates can often be compared in nature to the natural one. In addition, A1 is equipped with a modeling light, extremely convenient if you want to visualize the final result before you press the button.
As noticed above, I have already mentioned the extremely userfriendly interface, which is so simple that you do not have to spend several days digging through the manual.
The built-in airTTL allows fast and accurate exposure, since A1 can be used as the primary flash, off the camera, or on the camera itself can light a second flash a1 or other Profoto studio light. This practically allows unlimited possibilities for working with light and the presence of the compact Profoto A1 would be useful for photographers who already have another Profoto lighting.

The mainly thing that distinguishes Profoto A1 from the other hot-shoe flashes is the battery. The powerful lithium-ion battery lets you capture up to 350 frames at full power, and most importantly, the recharging time is reduced to 1.2 seconds at full power. For example, with the Nikon SB 910 the recharging time is 2.1 sec. The battery is fully charged for about 80 minutes.

Unfortunately, as I have not started the active wedding season yet, I did not have the opportunity to test the flash on a real wedding, so I decided to do some aerobics training sessions with instructor Danny Rakova. During shooting, I have not used any light modifiers other than the included accesories. At first I did a few serial-shot samples while the girls jumped on the trampolines to test the speed of recharging the head and the result was excellent. There was not one frame in which the flash did not light up. 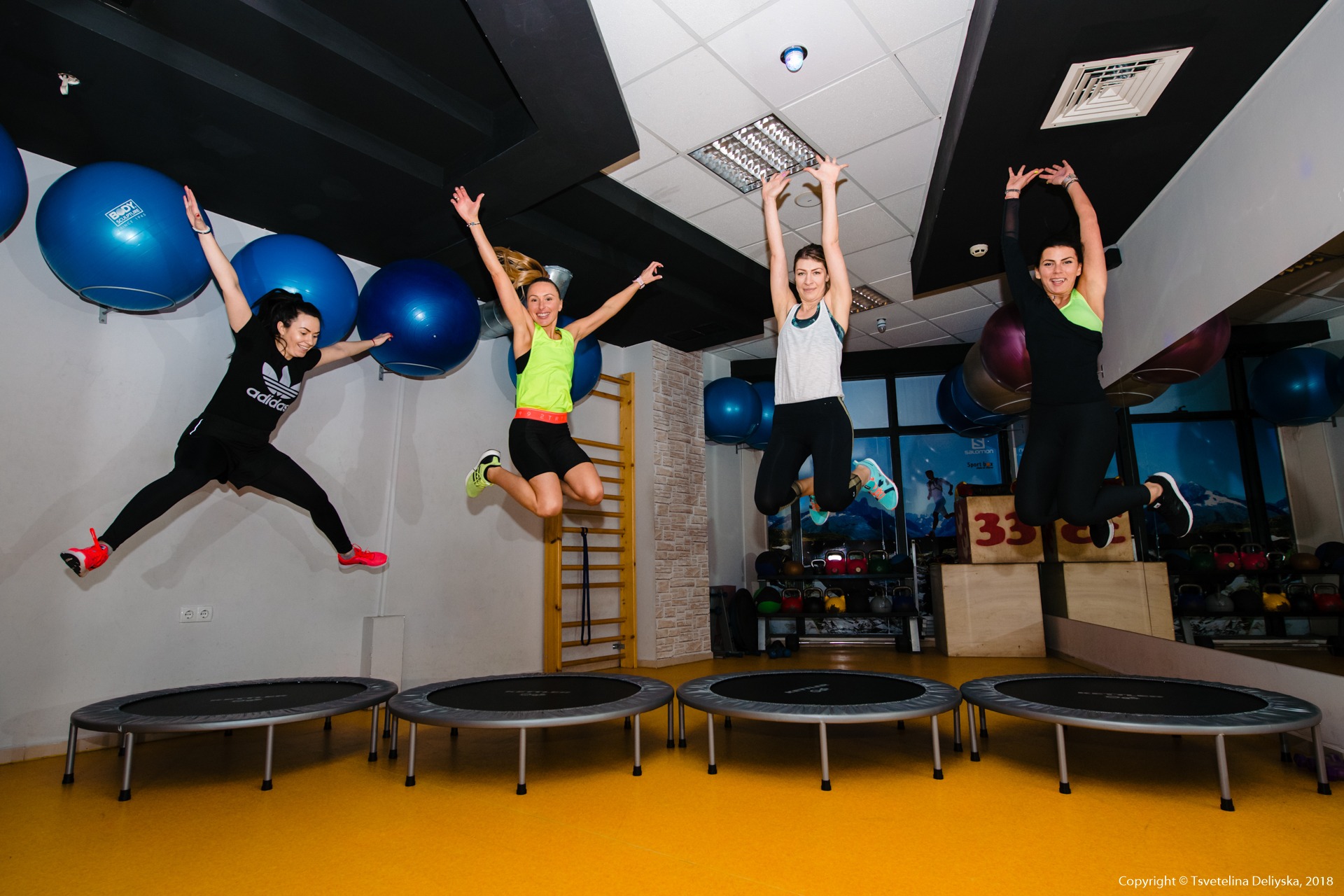 I made some portraits of Danny during the training session, with the flash being off-camera and commanded by Profoto air-remote TTL-N. 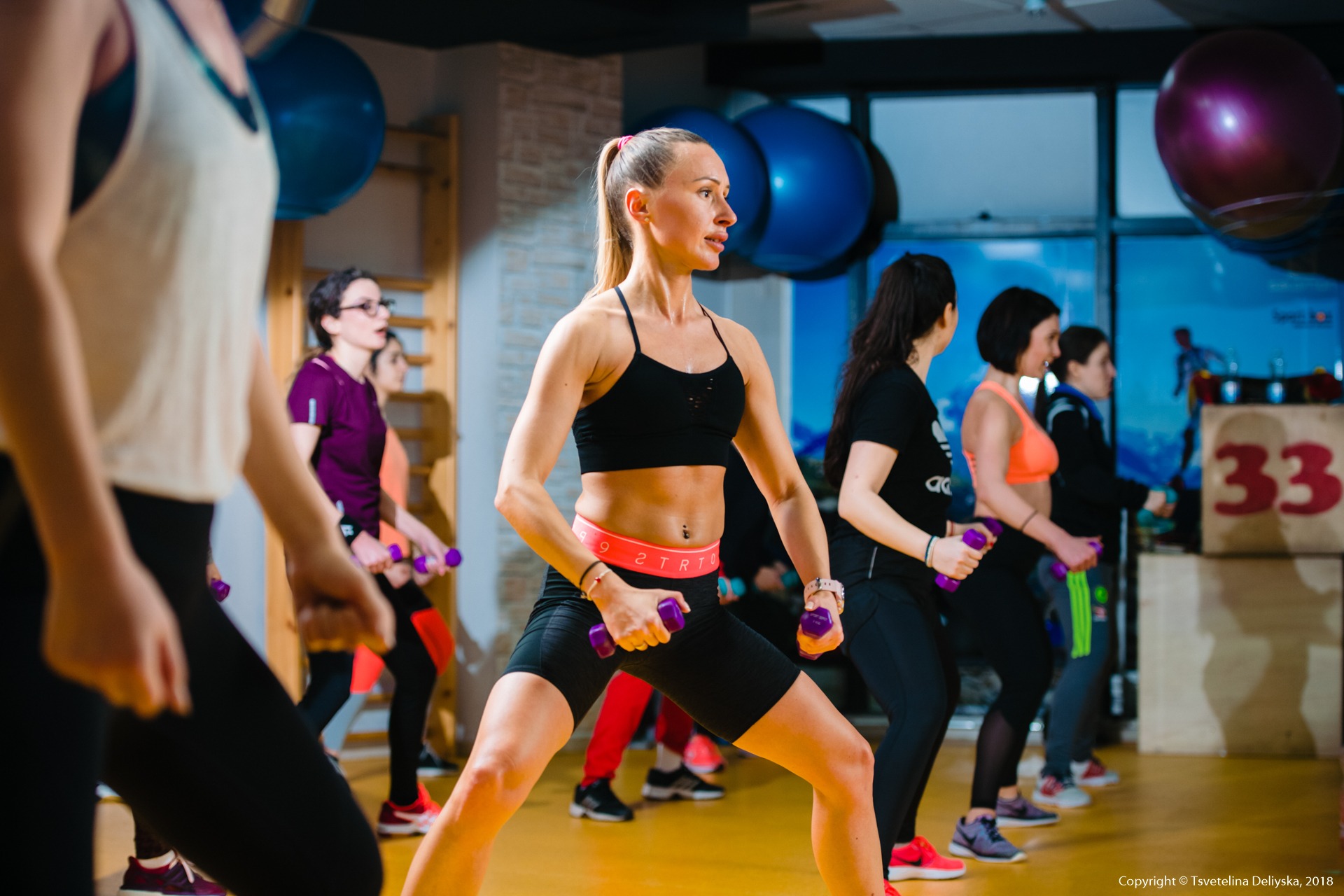 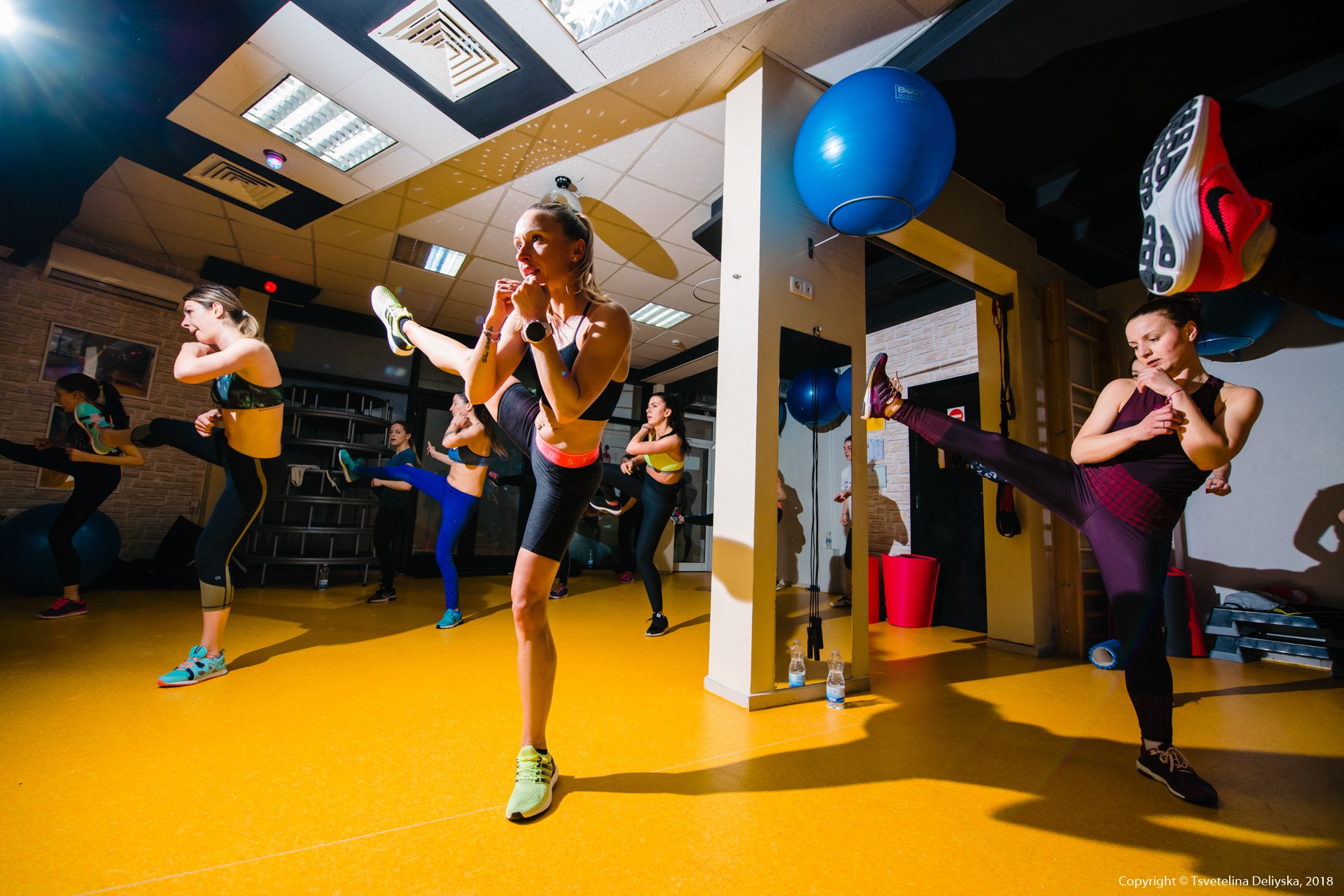 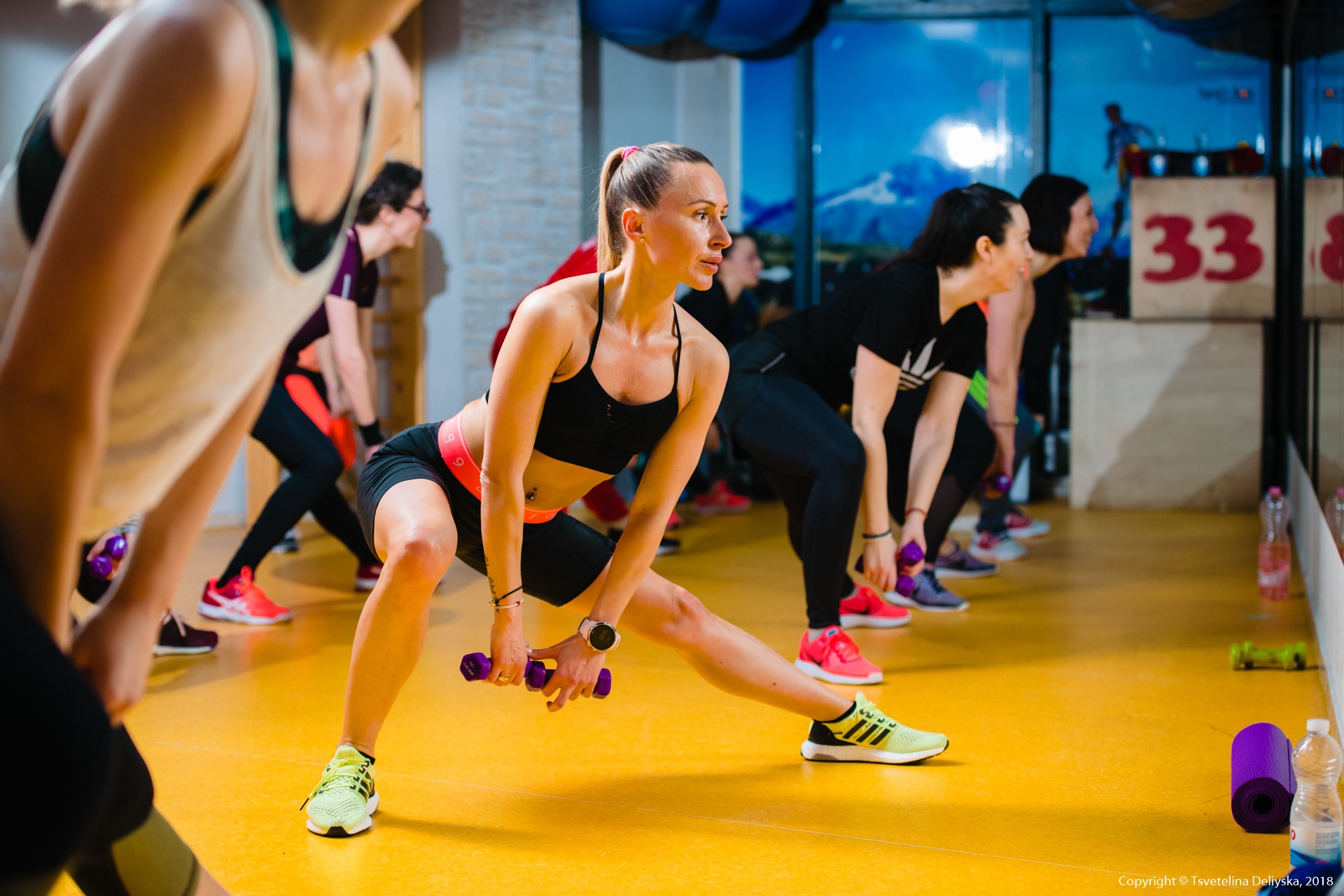 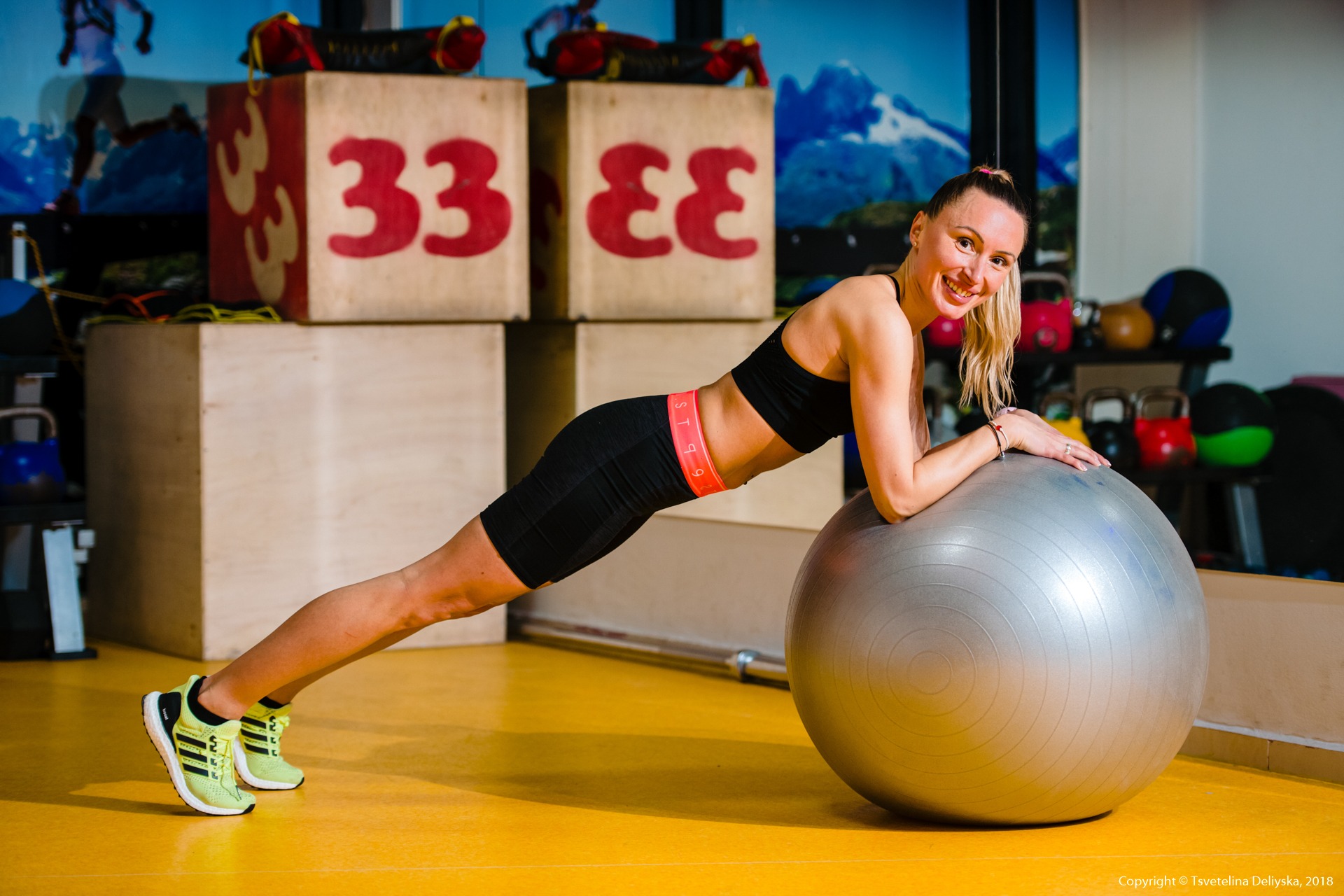 I decided to make some night shots, and for that I used the streets of Sofia for the background. In the following portraits I did not intentionally use any specific modifiers again to get a better idea of the nature of the light and the flash. Dome Diffuser was used some of the photos, and for the color matching of ambient light and flash, I used the Profoto Gel Kit correction filters, which, like all the other A1 head attachments, are fastened quickly and easily by a magnetic holder. What are the disadvantages of Profoto A1?

For me personally there are none. The flash has everything it takes for a wedding photographer to need:

The only disadvantage for many colleagues photographers in this case would be the high price of the product, but if we weigh all the benefits of A1 I think it is justified. 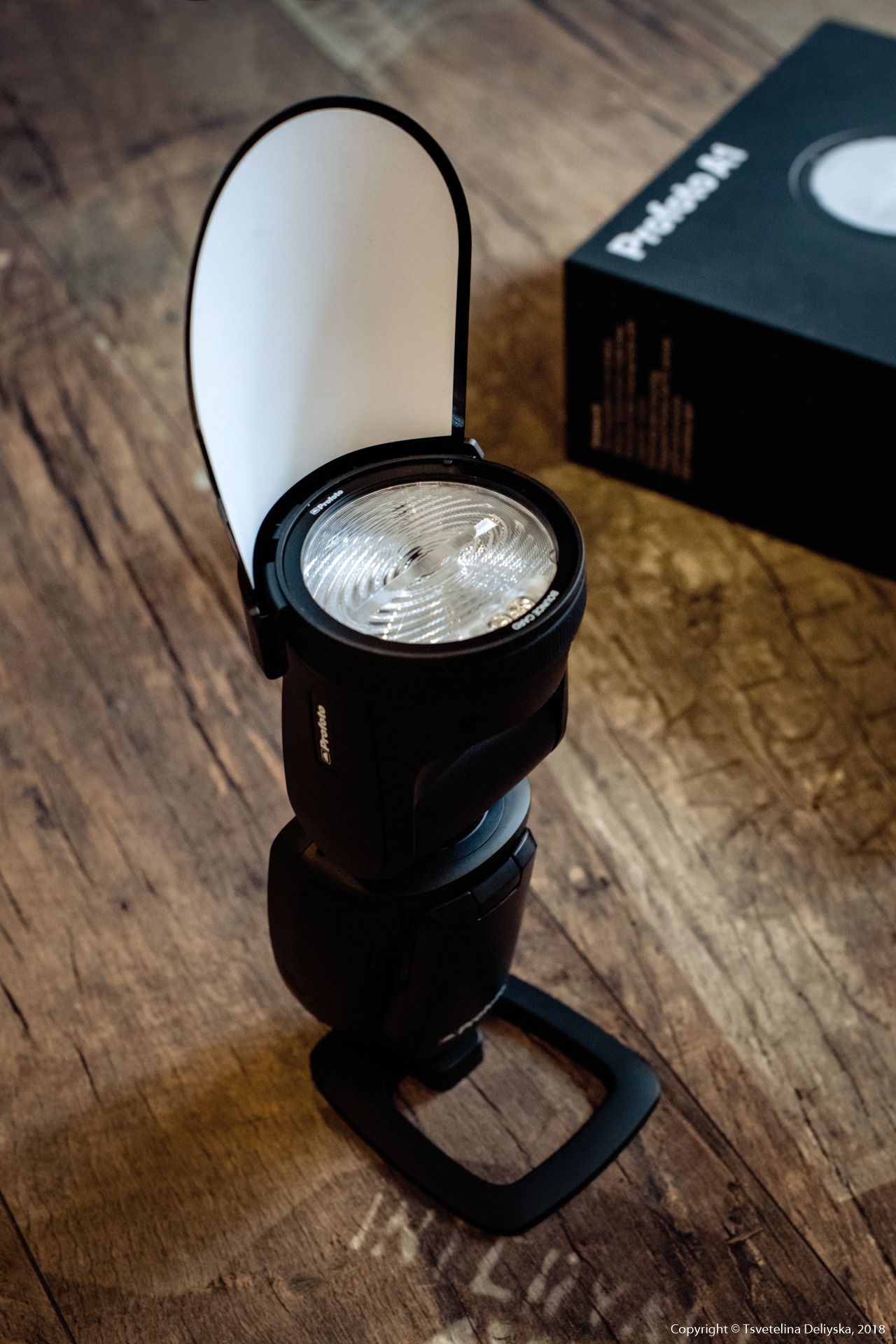 Many thanks to my colleagues Victoria Sirakova and Daniel Petrov for their help and consent to join the flash test – Vicky behind the camera and Danny as a model 🙂
I also thank Danny Rakova for the opportunity to shoot in the gym during the training.

Profoto’s products can be viewed and purchased from the site and the shops of the prodealer for Bulgaria Photosynthesis.